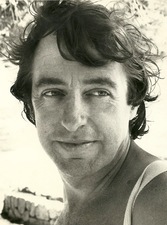 This exhibition provides a 45 year retrospective overview of the work of long-time Collinsville resident, A. Walter Kendra. From early oil paintings which reference the abstraction of nature by noted painter Nicolas de Stael to hard-edge geometric works; from painted wooden reliefs to rich and dense color monotypes; from exquisite floral graphite drawings to delicate mixed media works which reflect the artist's recent travels in France, this exhibition is unified by a strong sense of linear form and the underlying architecture present in the natural world. This exhibition is a benefit for the Maxwell Shepherd Memorial Arts Foundation and a percentage of sales will be donated to the foundation. A. Walter Kendra is Professor Emeritus of Art and former Gallery Director at Central Connecticut State University. He is very active in both the New York and the New England art scenes. In addition to appearing in numerous group shows throughout the United States, he has had solo exhibitions in New York, Connecticut, Virginia and North Carolina. Among his first prize awards are those in painting at the Art Museum, Pittsfield, Massachusetts; and in graphics at the Walter-Vincent Smith Museum, Springfield Massachusetts. He has had painting commissions and is represented in private and university collections in Japan, Australia, Europe and the United States. Kendra is currently on the Board of Trustees for the Art School of the University of Hartford.
Loading...